Situated about 20yds West of the Montrose Brown line station at 1825 W.Montrose Ave is Los Toritos Restaurant and Taquria. Despite being somewhat dwarfed in terms of the culinary offerings of its near neighbour Glenn’s Diner across the road, Los Toritos can hold its own, and should not be dismissed as just another little Mexican take out. Even though they have a sign denoting what they are a ‘Mexican Restaurant’  bigger than their actual name, don’t dismiss too easily. They are very friendly and serve clean, authentic, and simple Mexican snacks and food. 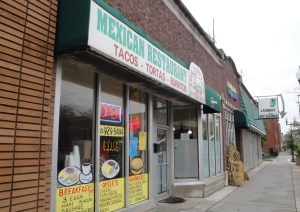 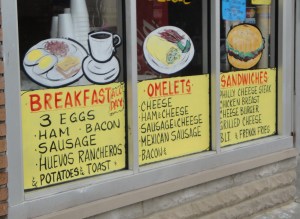 I was not that hungry and in a bit of a time crunch, not big enough to stop me eating in, but just enough for a snack, so I went for a Chorizo tostada, which was finely chopped chorizo sausage on a crisply fried tortilla with lettuce, tomato, beans and sour cream. While it was being cooked I was given a bowl of complimentary tortilla chips and salsa, which was a nice extra bonus. 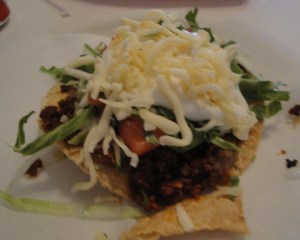 It was really tasty and a light snack, and excellent value, with a drink it was just $3.75.

Inside the place is basic but clean and homely and you can watch the owner do his thing on the grill and sit up at the counter if you wish. 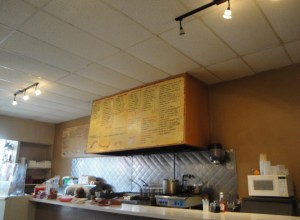 I have passed through before and sampled the breakfast sandwiches which are also good, just too tasty to prevent the opportunity for a little bit of waistline expansion.

I also recommend the 3 eggs any style (I went for overeasy) with bacon, ham, or sausage (or all 3) hash browns and toast for $5.50.

Apart from the Brown el to Montrose you can also get off the 78 bus at Montrose Brown too.