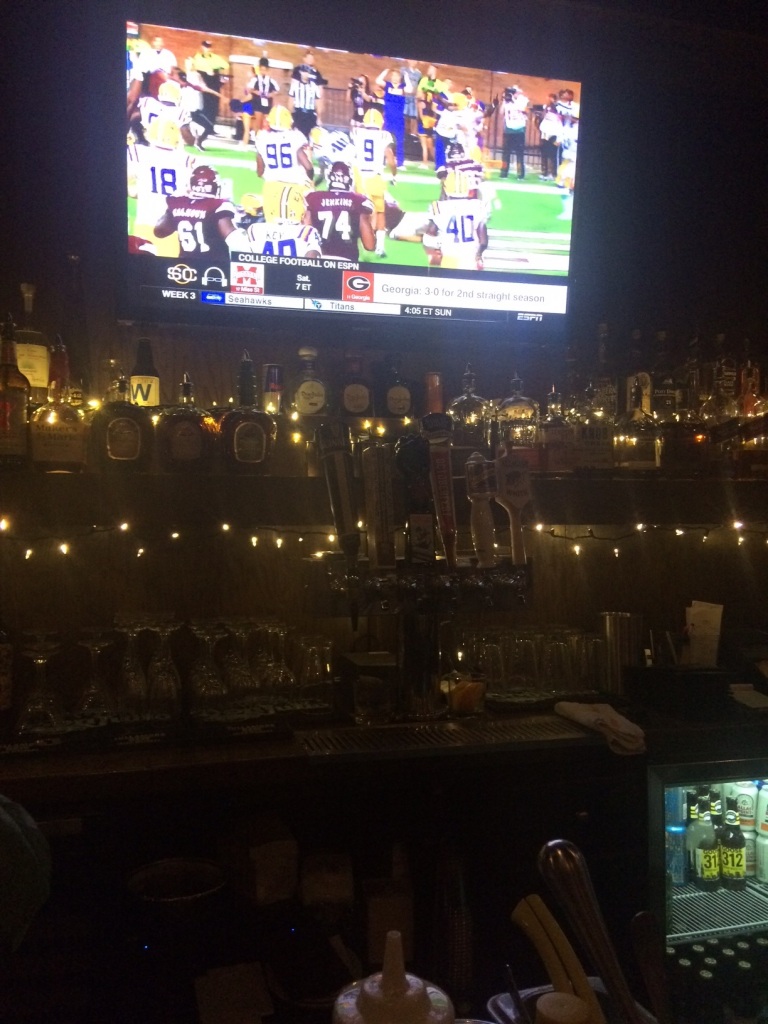 I just hit town and I was looking for a bar to watch a bit of sport on TV and hopefully catch the Cubs game. I was staying up at the Felix Hotel which is a pretty good base in River North. It lies between Grand and Chicago el stops and has a very comfortable location pretty close to the action on Clark Street.

Anyway I was venturing out and just needed somewhere near, and somewhere easy and with beer.  I knew that Rock Bottom was near and right next to the Grand Stop on the Red Line, and I could walk there in about 5 mins, so I headed over 🙂

I got myself a pint (eventually several) of their Stadstrasse Kolsch beer, Kolsch is a beer that is very close to my heart as I first tasted it when I was working at the University of Cologne, or Koln as they say back in the days before the Euro took over. Then I learned to love this   and ever since I have enjoyed the US style version that takes advantage of that same or similar hop.

Anyway I digress, it was in the section called “Crisp & Refreshing”, which was well named,  as it was indeed both, and it was described as “A light and crisp ale brewed to be crushed by you”. I think that means supped quite vigorously, our perhaps ‘pounded’ as I have heard it said over here 🙂

Then I started to think about food, I had only been off the plane for a couple of hours, my brain was hurting and my stomach had no idea what was going on, so I was not that hungry.

I had eaten here before at Rock Bottom Brewery when I was Chicago native and had a really filling and great big sandwich, tonight though that was just not going to happen

It seemed like a good idea to just maybe get something from the appetizer section of the menu, perhaps a taco, maybe some wings or even a Quesadillas?

The Mini Street Tacos looked like a good choice, they were offering Two Fish taco’s for $5.79 or Two Steak taco’s for $6.49, sadly there was not one of each.

I checked out the Rock Bottom Menu and ended up picking out Two Fish Taco’s which were (as all taco here) described as being “Tequila-lime marinated with avocado, shredded cabbage, salsa roja. Mexican crema, tomatillo salsa and Cotija cheese”.  I figure a couple of Tacos would go well with my beer, and I was right, to be fair I have practised this a lot over the last decade 🙂

I liked the freshness in the taste of the taco, now that might have just been the lime, and I liked the crema and the Cotija cheese which added saltiness just like a kind of feta?

Now these are not the most amazing haute cuisine taco’s that you are going to find, they are a little way above ‘pub taco’s’ and they are pretty decent bar appetizer taco. I would not add them to a list of places to go to eat taco, but I would suggest them as a great snack while watching a ball game and needing some food option 🙂

I had a great evening anyway, they have a lot of good beer, the bar staff are friendly but not intrusive, and the people at the bar on either side of me were happy to talk sport and beer for a few hours. Some days that is all a man needs!

Rock Bottom Brewery in Chicago is located at

You can check them out on